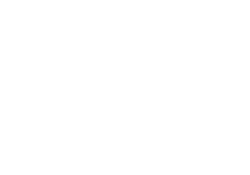 Webb County, Texas is known for the 2,152,320 acres that encompass it. It stretches on the southwestern edge along the Rio Grande river. The cities that comprise Webb County are:

From the famous streets to the hidden treasures in contemporary stories that embrace its rich history, you’d be surprised by all you can find in Webb County, Texas. Flat to rolling terrain covered in mesquite, thorny shrubs and cacti, the area has been inhabited for 11,000 years. The streets of Laredo will absorb you with their narratives of over 260 years. Take a tour to discover where the sounds and architecture of our lively border destination will take you.

Message From The County Judge

Welcome to Webb County, the BEST County in the State of Texas! On behalf of our County Commission and citizens, I welcome you to visit our vibrant community. Whether you’re a first time visitor or have planted roots here, one thing is for sure, you are guaranteed to fall in love and come back. Don’t be alarmed if you receive a warm welcome with a “beso and abrazo”—a hug and kiss. This is part of our friendly and hospitable culture.

Webb County is steps away from our southern neighbor, Mexico. Separated by the Rio Grande River, our unique location has nurtured a rich cultural heritage in our community. This has fostered a dynamic environment with an eclectic blend of history, art and cuisine. Our lively culture and warm people makes Webb County a community where residents, visitors and businesses alike thrive and prosper.

I welcome you to embrace all we have to offer and make Webb County your own!

How to get to Laredo

Texas begins here! Located on Mile Marker 1 of Interstate Highway 35, this is the edge of the country and the beginning of a visitor experience like no other.